13.08.2015: Press Release from National Network to End Violence against Women

It is time to ratify the Istanbul Convention and criminalize violence against women !!

Based on the information shared on web portals, yesterday 10 August 2015 in Kriva Palanka a woman was found naked, bound with chains and locked with a padlock. Her hair was cut. According to the initial findings, she was brutally raped and abused by an unknown perpetrator. The 35 year old woman is a protege of the Day Care Center for Disabled People, but lived alone in the family house.

This is a case of multiple discrimination of a woman, where primarily is exploited her vulnerability as a woman, then as a protege of a health institution, without the support of close family and with limited working ability.

The ratification of the Convention on the Rights of Persons with Disabilities, with its Preamble saying: Recognizing that women and girls with disabilities are often at greater risk, both within and outside the home, of violence, injury or abuse, neglect or negligent treatment, maltreatment or exploitation, Republic of Macedonia has undertaken the obligation to provide safe and dignified life for women with disabilities, free from violence.

As a Network with membership of 27 organizations who for more than 20 years are working on all forms of violence against women, we request that the competent authorities take the necessary measures to solve the case and appropriately punish the perpetrator. This case represents a gross violation of human rights, in particular women’s sexual rights and freedoms that are only partially included in the Criminal Code.

We think that it is time for the Republic of Macedonia to pay due attention to gender-based violence and to criminalize violence against women and to systematically address these special forms of violence targeting women because of its biological and sociological nature.

With the ratification of the Istanbul Convention, the Republic of Macedonia will also fulfill the clear requests made by the UN Human Rights Committee that were sent on 2 July and 3 July 2015 when the third periodic report submitted by the Republic of Macedonia was considered (CCPR/C/MKD/3) at its 3170th and 3171st meeting (CCPR/C/SR.3170 and 3171). One of the key recommendations of this Committee is the clear request for Macedonia to eliminate violence against women and children, and to consider the recognition of violence against women and children as a separate criminal offense in the Criminal Code.

Services for support of women victims of violence

Organization of Women of Skopje 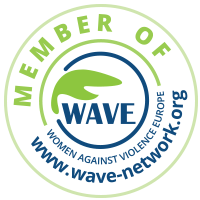